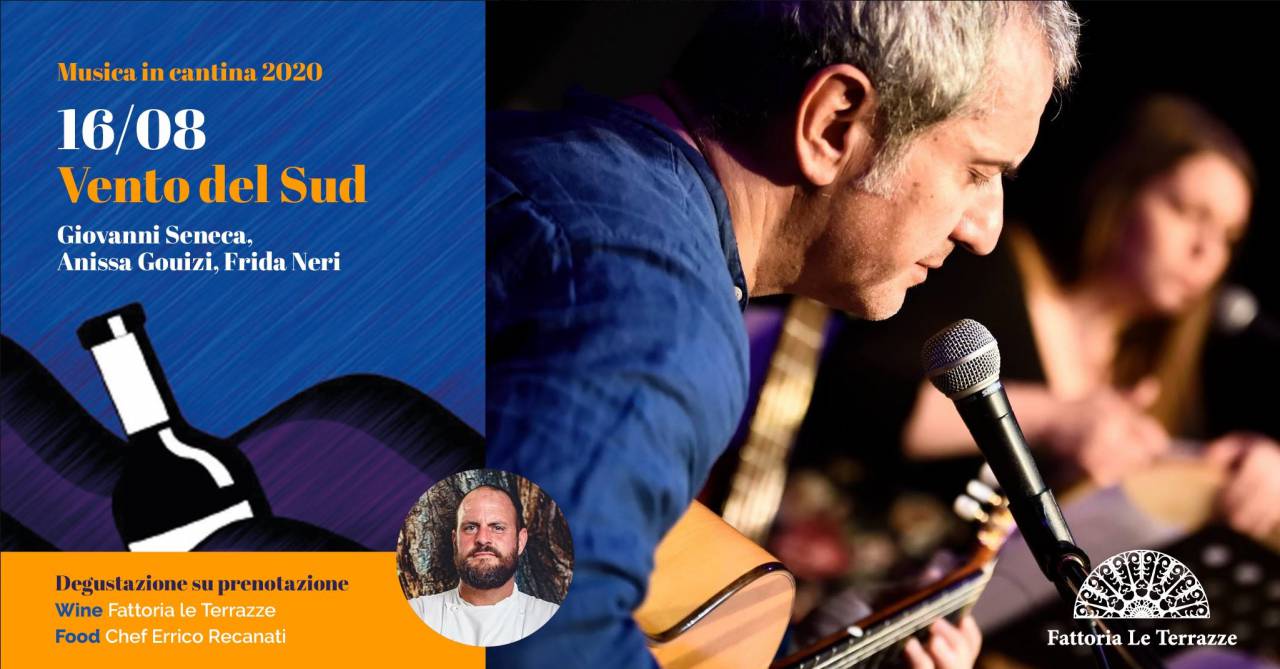 with Anissa Gouizi and Frida Neri

Second appointment of “Musica in Cantina 2020”

Music and songs inspired by the different cultures of the Mediterranean and the dialogue between peoples. In the show, original compositions are interwoven with traditional songs that embrace all the Mediterranean traditions in various languages and dialects: Arabic, Ladino, Greek, Serbo-Croatian, Neapolitan, Apulian, Abruzzese and Marche. The musical journey in the Mediterranean starts from the sounds of southern Italy and, passing through the Balkans, Greece, Turkey and the Maghreb, arrives in Spain. Giovanni Seneca’s compositions and arrangements will be accompanied by the versatile voices of Anissa Gouizi and Frida Neri.